Here's What You Need to Know about Social Security in 2018


According to the Social Security Administration, in 2016, over 31% of men and 36% of women took their benefits at age 62, permanently reducing their monthly benefit. Social Security is an important part of everyone’s retirement. I’m amazed people still aren’t learning how to maximize their benefit. Chances are, this is a result of under-education or lack of planning. Make sure your clients know how to maximize their Social Security benefit by staying up to date because the system changes annually. Here is what you need to know going into 2018.


All Social Security retirement income recipients receive an annual Cost-of-Living Adjustment (COLA). This can help retirees’ benefits keep up with inflation. This year, the COLA is 2.0% which is a jump from the previous two years (0.0% in 2016 and 0.3% in 2017). Cost of living increased seven out of the last ten years, and if you’ve been following what I’ve been saying in my economic commentaries, you’ll notice we have been experiencing inflation in the things we owe and deflation in the things we own! This can create a pretty toxic combination, so make sure you factor COLA in to your Social Security plan for retirement. Also understand that many or all of these Cost-of-Living Adjustments in the future are likely to be eaten up by Medicare Premium increases… 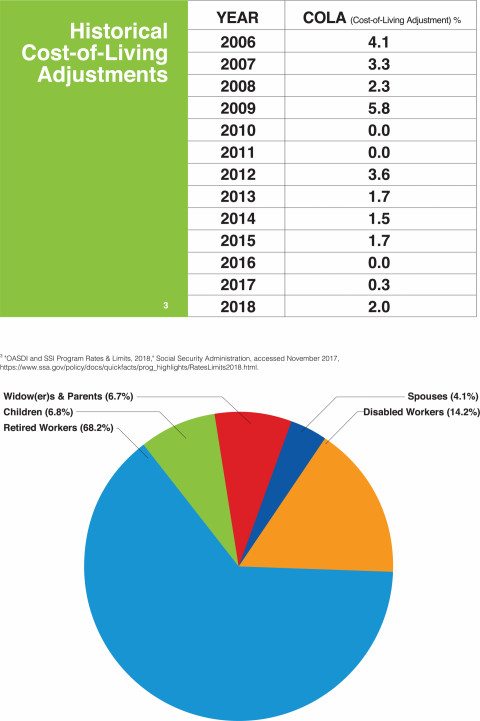 
To maximize Social Security benefits, retirees need to know that it’s not solely for retired workers. Recent beneficiaries include 68.2% retired workers, 14.2% disabled workers, 6.8% children, 6.7% widow(er)s and parents, and 4.1% spouses. There has been a decline in spousal beneficiaries because the file-and-suspend strategy no longer can be used with new retirees. What retirees need to keep in mind when planning is that, yes, retired workers typically receive the greatest benefit. The amount retirees will receive depends on a number of different factors including type of benefit applied for, age, and the amount of time worked (as work credits earned).


“I WANT TO KEEP WORKING”


When considering what age to claim Social Security benefits, I always suggest that the breadwinner should delay. The lower earning spouse can claim early to start some cash flow, but since the breadwinner’s check lasts for BOTH lives, you typically don’t want to claim that one early. In order to do this though, many retirees will need to build an income bridge. That is, they will need to derive income from another source or continue working. I’ve created a Social Security guide that has these details, but one of the changes for 2018 is the earnings test amounts. One thing workers need to know is that if an individual is under his or her FRA for the entire calendar year, their income limit is $17,040. If an individual who reaches FRA DURING the calendar year, there is an annual limit of $45,360 for earnings prior to reaching FRA. To learn more, you’ll want to check out my Social Security guide. 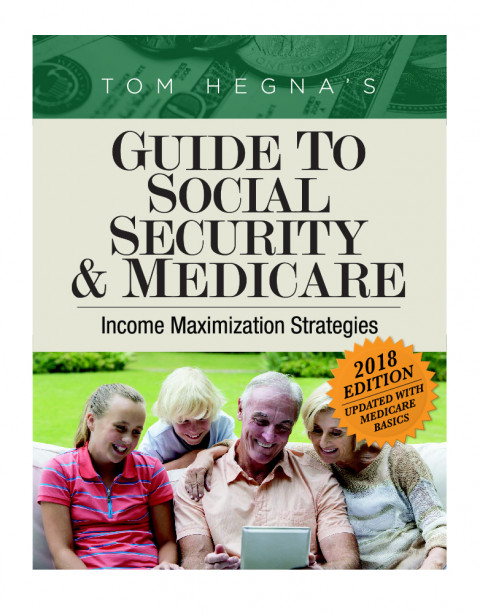 
I have also added a section about Medicare to my guide because so many people are still under-informed or misinformed about Medicare. Retirees NEED to know what it is and how it works because Medicare is still an underfunded program. For 2018, the brackets are being compressed which means more people will have to pay higher surcharges. These surcharges are based on income and will be taking more and more Social Security dollars away from higher income retirees.  So don’t wait until you desperately need Medicare to research it. With all the changes, the important thing for retirees is to have a plan.


Every rule has an exception, so retirees’ plans will be unique. I encourage most people to delay claiming Social Security benefits unless they are in poor health or destitute. From age 62 to 70 use some other money. IRA money, your 401(k) money, your CD money, or Money Market Money. Delaying the breadwinner’s Social Security check until age 70 can really help optimize a retirement. Make sure you have a plan to maximize this guaranteed paycheck!

The Institute for Credentialing Excellence accredited the NSSA with the first Social Security Certificate program in the nation! The live classes even offer eight continuing education hours for CPA's, CFP's, and insurance agents nation wide! Check out the class schedule by clicking the image below, but be sure to use the coupon codes to save!